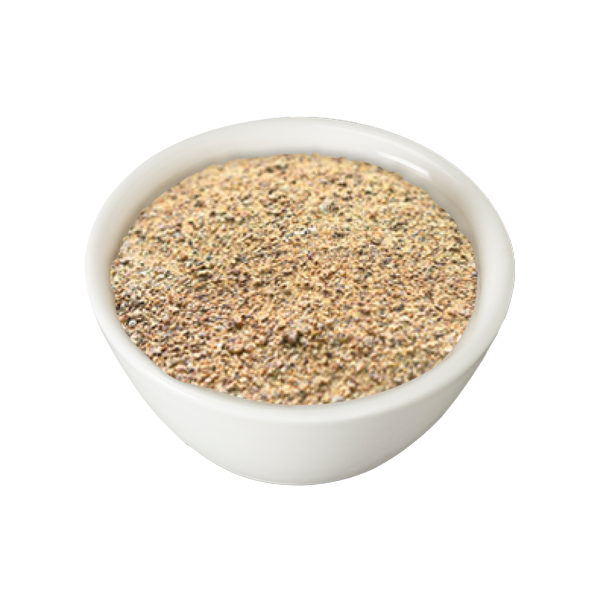 Canola is one of Canada’s most important crops. Canola is an offspring of rapeseed (Brassica napus and Brassica campestris/rapa) which was bred through standard plant breeding techniques to have low levels of erucic acid (< 2%) in the oil portion and low levels of glucosinolates (< 30 μmol/g) in the meal portion.

The canola seed is small and round, 1-2 mm in diameter. It contains approximately 42-43% oil, which is extracted for use as a premium edible vegetable oil. The remaining Canola meal is manufactured from whole, black hulled, non-dehulled canola seed. The oil has been removed by mechanical and chemical means. The resulting meal is hammer milled.